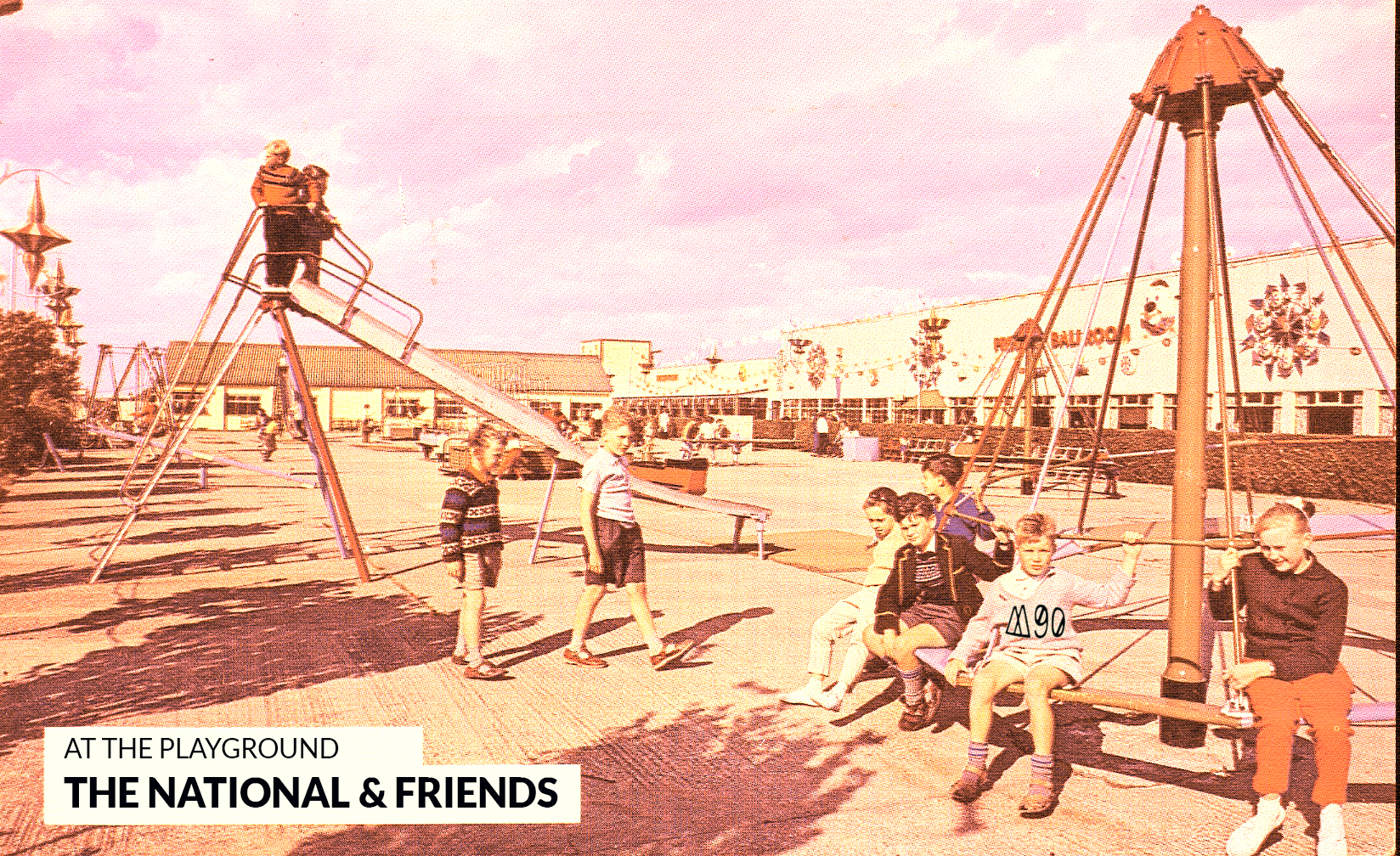 Looking at some of the many collaborations of The National.

Here´s a run down of the songs on

The National & Friends – At the playground:

Gary Grundei and Amy Shelley, known collectively as High Fiction out of Cincinnati has boyhood friend Matt Berninger singing on The young Men.

Day of the Dead is an epic tribute (59 tracks) to the music and artistry of the Grateful Dead, curated by Aaron and Bryce Dessner.

Matt Berninger contributed vocals to Coming Down the lead single from Clap Your Hands album called Only Run.

In collaboration brothers, Aaron and Bryce Dessner has created intimate and modest music for the movie Transpecos.

The third album for the singer-songwriter Sharon Van Etten was produced by Aaron Dessner, who also guests the release with Bryce Dessner.

EL VY is a collaboration between Matt Berninger and Brent Knopf (founding member of Ramona Falls and Menomena).

The Road from Memphis is the ninth studio album by Booker T. Jones. The track Representing Memphis has guest vocals by Matt Berninger and the late Sharon Jones.

On Then Came The Morning, The Lone Bellow enlisted the Aaron Dessner as producer. His brother Bryce Dessner is also on board, adding various string, wind, and horn orchestrations.

The Revenant Soundtrack is composed by Ryuichi Sakamoto and Alva Noto with additional music by Bryce Dessner.

Clogs are a mostly instrumental project led by Bryce Dessner and Australia’s Padma Newsome. Their existence predates The National, and Clogs have released five widely acclaimed albums. Last song form the album The Creatures in the Garden of Lady Walton features Matt Berninger.

The release The MusicNOW: 10 Years compilation sums up the eclectic music festival of the same name founded in 2006 by Bryce Dessner. The track Love more features Justin Vernon, Bryce and Aaron Dessner.

Dark was the Night produced by Bryce and Aaron Dessner. The compilation release benefiting the Red Hot Organization. I was Young When I Left Home sees Bryce Dessner working together with Antony Johnson.

This Is The Kit is the musical project of Kate Stables. Bashed Out is her band’s third album, the result of an extended period collaboration with the record’s producer Aaron Dessner. Bryce Dessner contributed as a session musician.

Doveman is Thomas Bartlett and his select group of collaborators. On album, The Conformist, those players include The National members Matt Berninger, Aaron Dessner, Bryce Dessner and Bryan Devendorf.

Painting of a Panic Attack is the fifth studio album by Scottish indie rock band Frightened Rabbit. The album was produced by Aaron Dessner.

LNZNDRF is a new band composed of the Scott and Bryan Devendorf, as well as Beirut member and Sufjan collaborator Ben Lanz. Inspired by their love for New Order.

On the Boardwalk Empire Volume 2 from the HBO Original Series you find Matt Berninger singing on the soundtracks closing track. 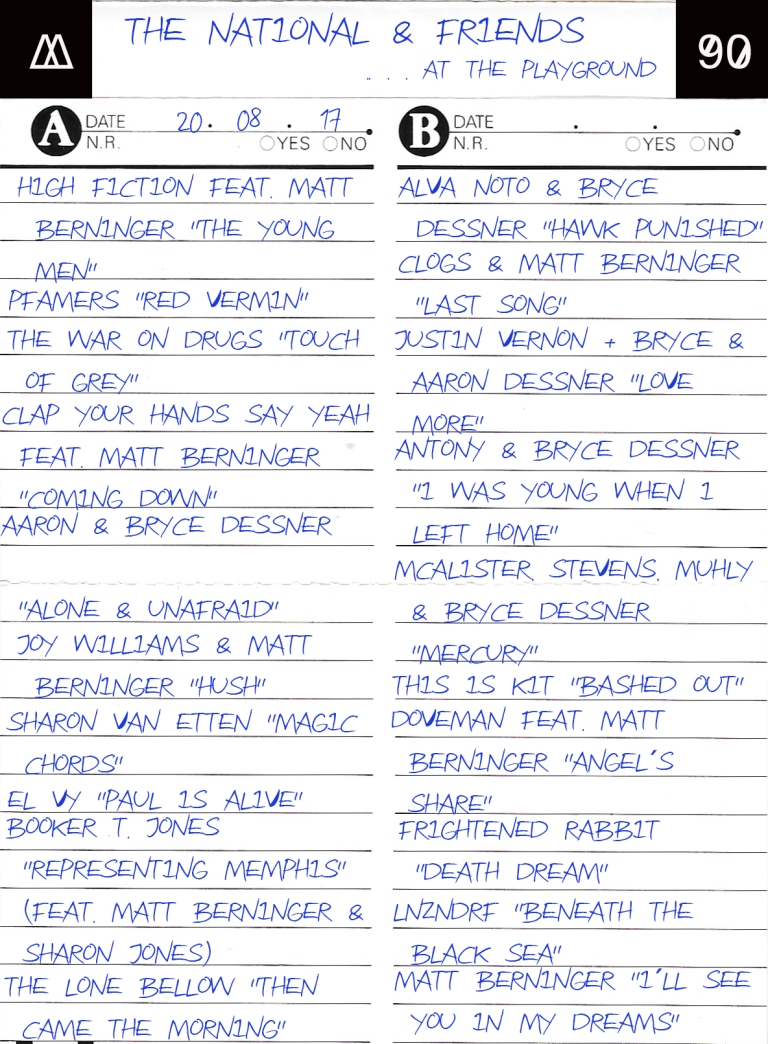