C86 released by NME on cassette in…yes, 1986. It featured the likes of Primal Scream, The Soup Dragons, The Pastels and many more. The most indie thing to have ever existed.

This mixtape is compiled with tracks from: 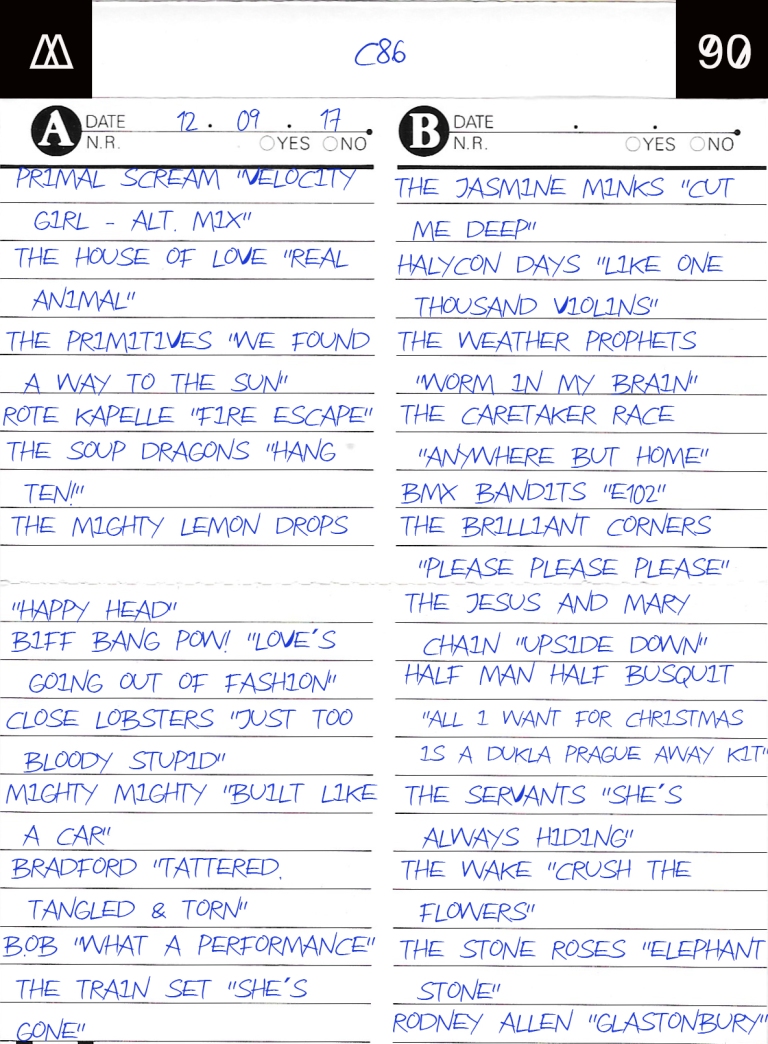 Songs from the compilations mentioned above, who could be found on stream –